No spare parts for medical equipment, ambulances, or the electrical and water system. According to UN Special Rapporteur Idriss Jazairy, unilateral Western sanctions on Syria are making the plight of Syria’s people during this war even worse. Jazairy is calling for a dialogue on the reduction of sanctions with the ultimate goal of removing them altogether.

“I am profoundly concerned that unilateral coercive measures are contributing to the ongoing suffering of the Syrian people,” UN Special Rapporteur Idriss Jazairy said yesterday at a media conference in Damascus. Jazairy was in Syria from 13 to 17 May to investigate the negative impact of sanctions on the civilian population. That impact, he found, is disastrous: “Because of their comprehensive nature these measures have had a devastating impact on the entire economy and the daily lives of ordinary people.”

The sanctions have made it extremely difficult to import spare parts for medical equipment, electricity and water supplies, tractors, ambulances, buses and factories, Jazairy said. “It is ironic that these measures applied by source states out of a concern for human rights are actually contributing to the worsening of the humanitarian crisis as an unintended consequence.” The UN Special Rapporteur concluded, “There must be a serious dialogue on reducing unilateral coercive measures…with the ultimate aim of lifting the unilateral coercive measures.”

The sanctions against Syria are contrary to international law

“The sanctions violate international humanitarian law,” says Dr. John Eibner of CSI, who travels regularly to Syria and has seen the effects of the sanctions there. “They act as a collective punishment against the Syrian population, which is prohibited under the Geneva Conventions (Article 33 Geneva Convention IV).”

On August 23, 2016, the leaders of Syria’s largest churches made a humanitarian appeal to the international community: “Stop the Siege of the Syrian People! Lift the International Sanctions on Syria and allow this people to live in dignity.” Patriarchs John X (Greek Orthodox), Ignatius Aphrem II (Syriac Orthodox) and Gregorius III (Melkite Greek Catholic) signed the appeal.

Idriss Jazairy has been the UN Special Rapporteur on the negative impact of unilateral coercive measures on the enjoyment of human rights since May 2015. He is researching the impact of sanctions imposed without a mandate from the UN Security Council, such as the sanctions on Syria.

The following photos can be used for free with attribution. 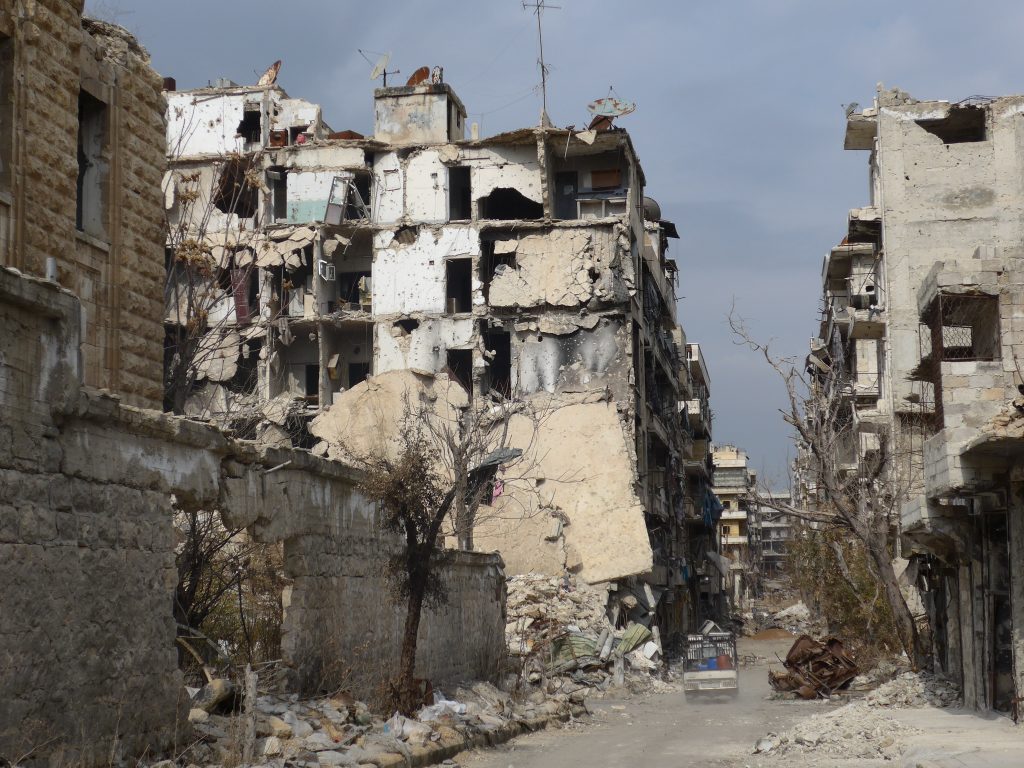 The sanctions aggravate the suffering that the war is already causing. © CSI 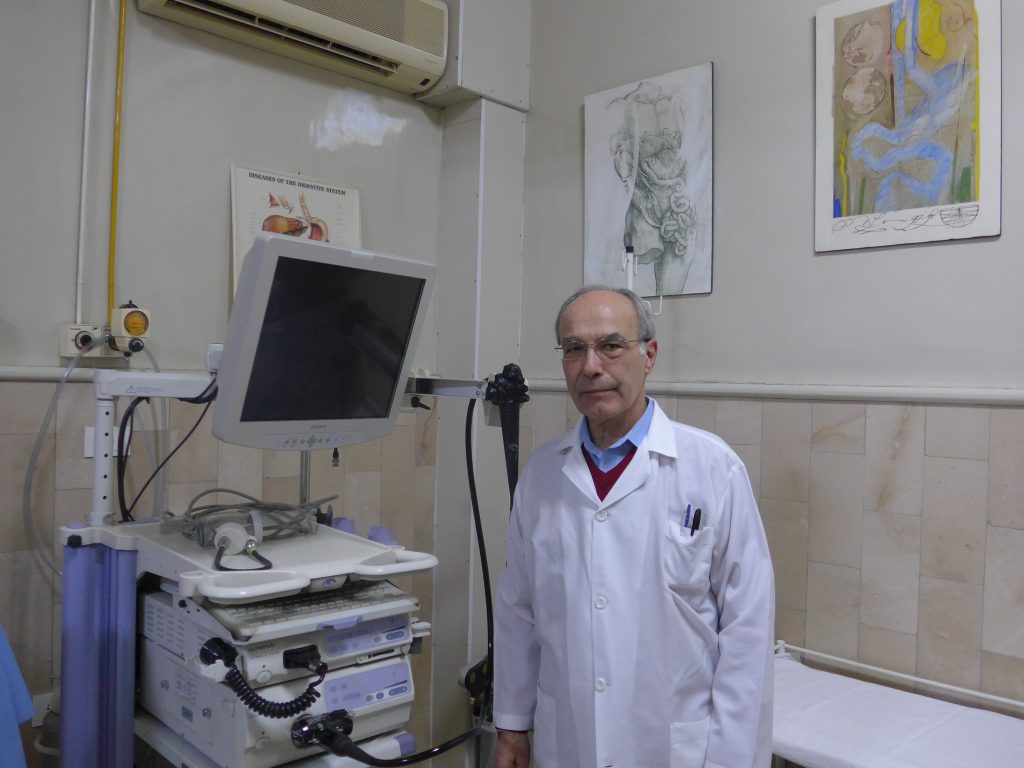 “We are suffering from the embargo and the sanctions.” – Dr. Nabil Antaki, gastroenterologist in Aleppo. © CSI 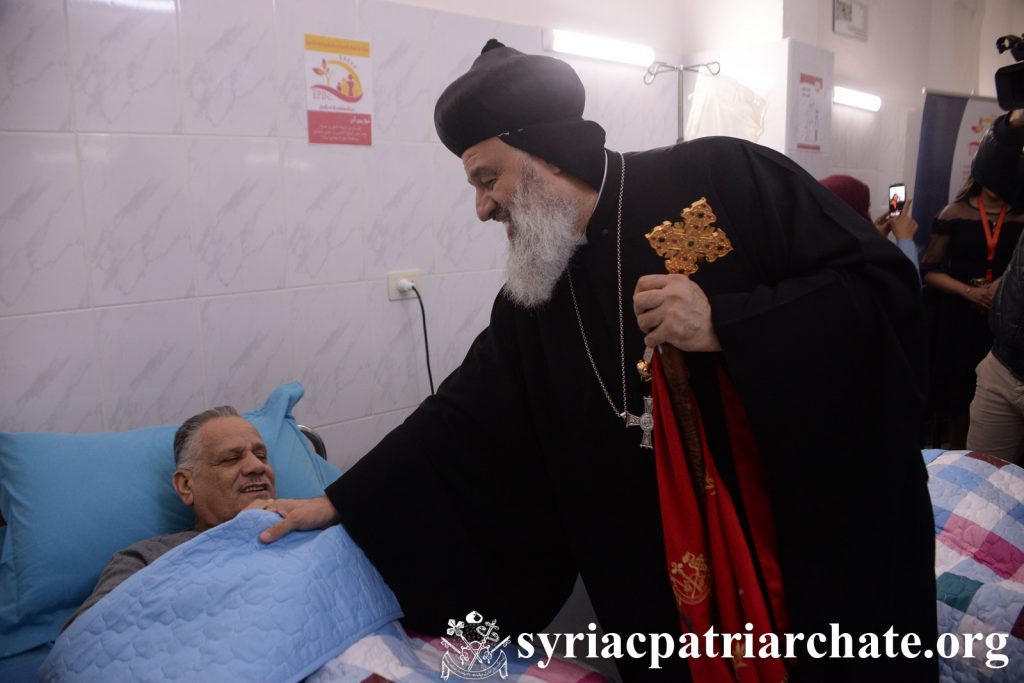 A Renal Clinic of the Syrian Orthodox Church in Damascus, seen here at its inauguration with Patriarch Ignatius Aphrem II. Because of the sanctions, medical equipment is lacking. © syriacpatriarchate.org 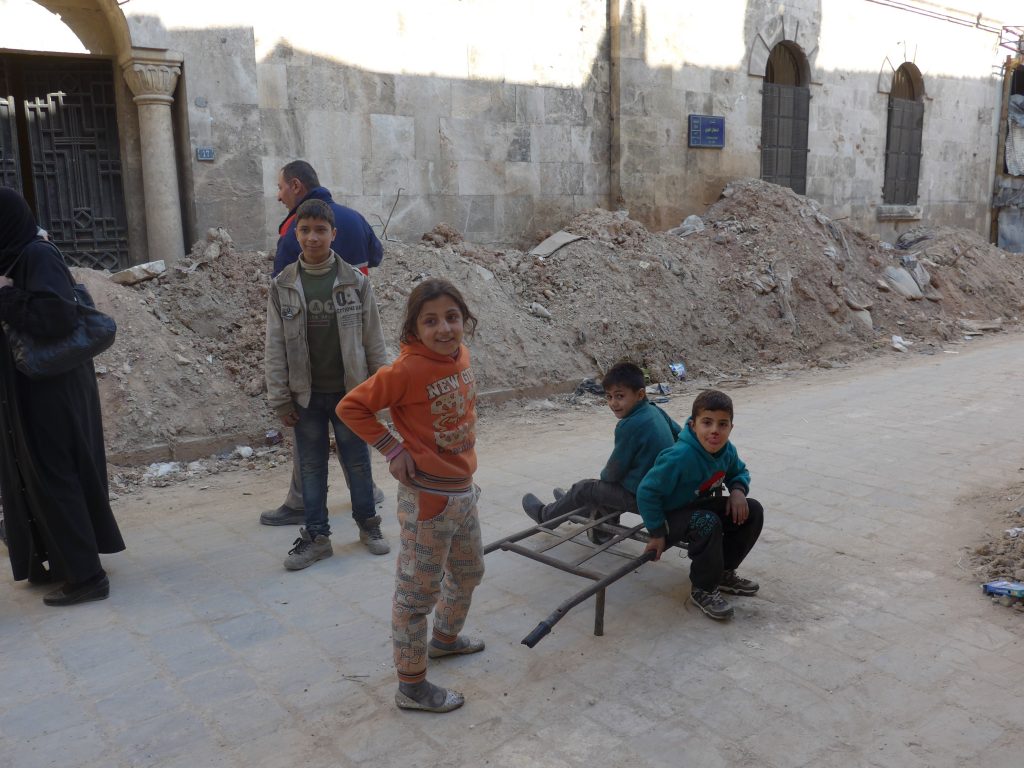 Syrian refugee families return to East Aleppo after it was retaken by the Syrian government. © CSI 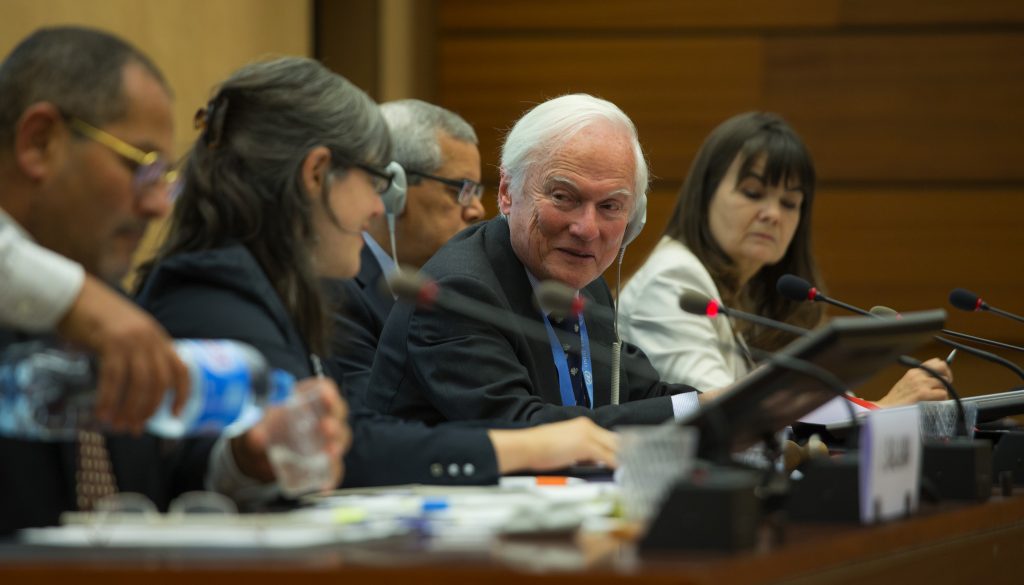