BADLY wounded by Azerbaijani rockets and desecrated by invading soldiers, the Armenian Apostolic Cathedral in Shushi, Nagorno Karabakh, stands today forlorn and lifeless. Prospects of the incumbent, Archbishop Pargev Martirosyan, celebrating Christmas there this year — and for the foreseeable future — are nil. The town has been effectively “cleansed” of its Armenian Christian population (News, 4 December, 11 December).

The fate of Sushi’s cathedral symbolises the deep trauma now afflicting the Armenian nation, the first to accept the Lordship of Christ in 301. The immediate cause of the trauma is Azerbaijan’s victorious six-week war (between 27 September and 9 November) for mastery of Nagorno Karabakh, a tiny, self-declared independent satellite of neighbouring Armenia.

More than 100,000 people — approximately two-thirds of its population — were forced to flee their homes. Much of Nagorno Karabakh is now occupied by Azerbaijan. Much more would have been lost had Russia, the traditional protector of Armenian Christians, not imposed a ceasefire backed by military peacekeepers.

Will the displaced ever be able to return to their homes in this ancient Armenian homeland? Will Shushi’s cathedral and other similarly emptied and desecrated churches ever host Christian worship again? Will they be transformed into mosques? Will Azerbaijan resume its war for Armenian territory? These are the kinds of questions which weigh heavily these days in the hearts and minds of Armenian Christians.

THE answers to such questions will not be determined locally. Nagorno Karabakh lies at the centre of a long-running geopolitical conflict, what Kipling dubbed “the Great Game”: i.e., the Great Power competition for the vast, strategically important, predominantly Turkic Muslim territory stretching from Anatolia to Xinjiang province in western China.

The Great Game started as a competition between Britain and Russia for imperial ascendancy in the mid-19th century. It continues today as a competition between the United States, Russia, and China, each of which is allied to a number of smaller states. Over the past 25 years, the oil-rich associate NATO member Azerbaijan has achieved military supremacy over Armenia by positioning itself as a crucial strategic asset within Washington’s network of alliances.

The Armenians have long been among the biggest losers in the Great Game. Archbishop Martirosyan rightly places the recent six-week war in the context of an ongoing process of “genocide”. It began in earnest with massacres of Armenians in Turkey in the late 19th century, and reached a peak during the First World War in Turkey, in the great Armenian genocide. 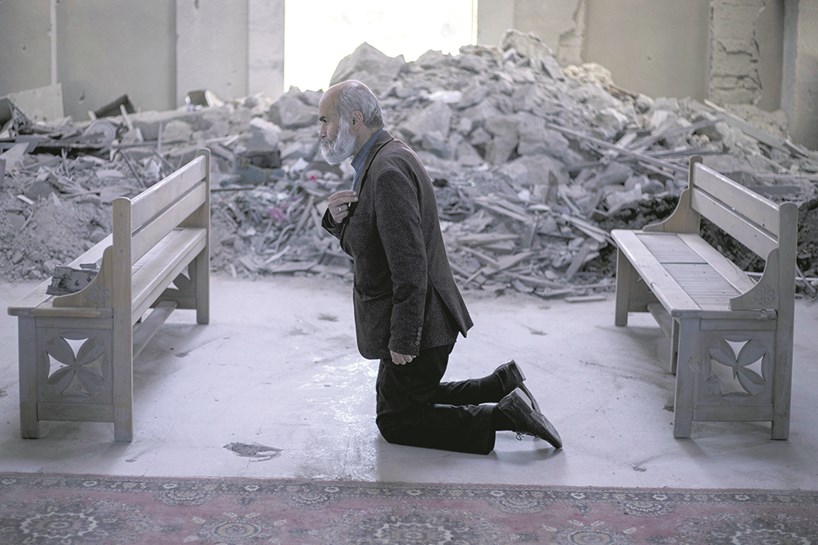 The anti-Armenian religious/ethnic cleansing extended into Trans-Caucasia, and continued there after the war’s end. Armenians were massacred in the Azerbaijani capital, Baku, in 1918, and in Shushi in 1920. The genocide process was only suspended by the imposition of Soviet power in the early 1920s.

As the Soviet Union was on the verge of collapse, in 1988, it erupted again with the massacre of the Armenian residents of the city of Sumgait, near the Caspian Sea. Among the dead were the close relatives of Archbishop Martirosyan. This set in motion a chain reaction of violence which produced the full blown Azeri-Armenian war of religious/ethnic cleansing from 1991 to 1994. With Turkey and Azerbaijan’s joint war on Nagorno-Karabakh this year, the process has begun again.

OFFICIAL responses in Britain to the war of Azerbaijan and its allies against the world’s oldest surviving Christian nation have tended to be low-key ritual appeals for peace. For the Karabakhi Christians, there have been no demands from officialdom for “humanitarian” military intervention of the kinds executed in response to violence against civilians by geopolitical adversaries such as Serbia’s Miloševic, Libya’s Gaddafi, and Syria’s Assad.

Some in Britain have appealed for non-violent responses, such as the suspension of military aid from Britain and other NATO countries to Azerbaijan and Turkey; the suspension of their participation in NATO fora; and the recognition of Nagorno Karabakh’s right to self-determination. But they have come mainly from the small Armenian diaspora in the UK and a handful of human-rights activists, and have not been widely reported.

Given the subordinate part that Britain plays in Washington’s network of alliances, and its strong economic interests in Azerbaijan’s oil and natural gas fields, it is no surprise that policymakers in Whitehall are reluctant to get into the crosshairs of alliance partners and energy-sector shareholders, on behalf of 150,000 mainly poor, displaced Armenian Christians who have little to offer other than the example of their strong Christian faith.

But it was not supposed to be this way. Last year, the Prime Minister accepted in its entirety the Bishop of Truro’s report on the plight of persecuted Christians (News, 30 August 2019). In doing so, he pledged to “provide protection for vulnerable Christian communities”, and to place this duty “at the heart of the priorities of UK foreign policy”.

This did not happen this autumn as Azerbaijan emptied much of Nagorno Karabakh of its Christian population. The options for combating persecution suggested in the Truro report (News, 17 July), such as sanctioning those responsible for atrocity crimes and tabling a UN Security Council Resolution for the protection of endangered Christian communities, were not used.

This abdication of responsibility suggests that implementation of the Truro policy recommendations will follow the imperial logic of the Great Game, at the expense of endangered, but inconveniently situated, ancient Christian communities.