Tens of thousands of South Sudanese people are enslaved in North Sudan – the forgotten victims of Sudan’s twenty-year civil war (1983-2005). Since 1995, CSI has been working with underground networks of traders to rescue these people from slavery, and bring them back to their homeland. In April, CSI’s South Sudan Projects Manager, caught up with some of these people, freed within the past few years, to see how they are adjusting to life in freedom! 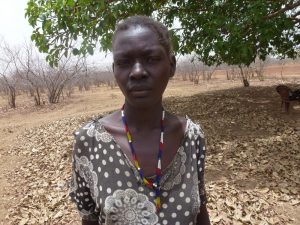 Nyinout Wol Aguer was freed in 2015. As a slave in North Sudan, she had been forced to practice Islam. Nyinout is now a member of local Catholic church. She says that she goes to the church to thank God for freeing her from slavery. She has married a local Dinka man, and will work with him this year on their farm. 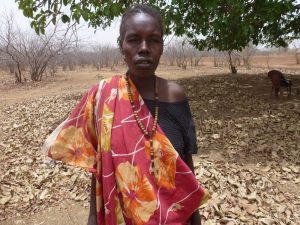 Abuk Makuei Bol was freed in 2015.  She used the plastic sheet she received in the humanitarian aid distributed by CSI to make small house. She is not married yet, but is thinking about finding a husband. She supports herself by selling wood, and is looking forward to working her own farm this year for the first time. She is a member of local Catholic church. She is happy to be in South Sudan. 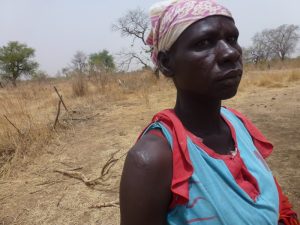 by CSI in June 2014. After her liberation, she went around different villages looking for her family, but she did not find anyone. She decided to make a small house for herself, using the plastic sheet she received from CSI for a roof. Kugo worked last year to grow a little grain, which she supplements by collecting wood and selling it in the local markets. She will try to farm again this year, hoping for better results.

As a slave, Kugo was forced to practice Islam. Today, she is a member of the Catholic church in her village, which she attends every Sunday. She says that she is very happy to be in South Sudan, because here no on calls her bad names or beats her. A scar on her shoulder is still visible where her master stabbed her with a knife for refusing a particularly difficult task.

Kugo says that her baby boy is still in North Sudan with the Arab slave master. The father of her baby, another Dinka slave, was killed by the masters in North Sudan. CSI’s slave retriever is working hard to find her child in the North.

Thousands of people – like Kugo’s baby – are still enslaved in North Sudan. Help us bring them home!