In Nigeria, a raging Islamist insurgency led by a militant group called Boko Haram (“Western education is forbidden”) has killed 15,000 civilians since 2009 – 1,000 just in the last three months. For years, they have targeted Nigerian Christians with special ferocity – bombing churches, attacking Christian villages and neighborhoods, and abducting thousands.

In June, CSI’s partners in Nigeria sent us these horrific images of the aftermath of a massacre of Christians in the village of Katsak:

The bishop of the district wrote to us, “Gunmen struck the village on June 9 and killed nine, leaving 13 seriously injured. The villagers were having a celebration to mark the successful ending of a joint communal farming exercise called the gaiya.”

Hundreds of thousands of Christians have fled to southern Nigeria to escape Boko Haram (which has now declared itself a part of the Islamic State, or ISIS). But thousands more are unable to make the move, and remain  in northern Nigeria. CSI is reaching these people with crucial humanitarian aid.

In the wake of the attack on Katsak, CSI provided funds for medical treatment for ten of the Christians wounded in the attack, as well as food packets, clothing and funds for schooling for children affected by the violence. CSI provided similar support to Christians in nine other villages in the same region that had recently been attacked.

CSI has also been bringing relief to displaced Christians in Maiduguri, one of the most violent provinces in Nigeria. Among the people who have received aid from CSI in Maiduguri are: 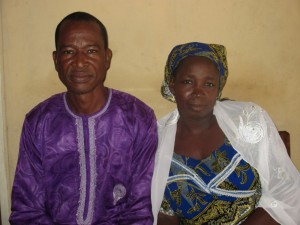 David: Boko Haram came to my house three times, looking for me. After the third time, I decided I had to leave. I carried my seven children, my wife, my elderly mother and my aunt to another village. We were only there for a week before Boko Haram arrived, and we had to leave again, for Maiduguri city. My mother did not survive the stress of the move. 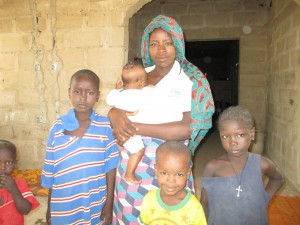 Adarju: In September, Boko Haram attacked our village. They were hunting all the men,
either to kill them or capture them and force them to fight. I fled with my four children.  My greatest sorrow since then is that I have been unable to find my husband. Many people say that he must either have been killed or taken away to join them by force. It is my fervent prayer everyday that I will one day see him walking back home to his family so that my sorrow may come to an end. I do not believe that he is dead. 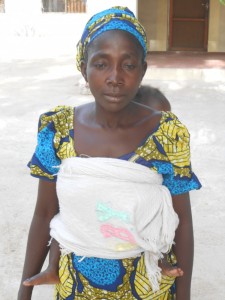 Mary: In January, Boko Haram attacked my village, Baga. [Boko Haram killed over 2,000 people in this attack, their largest massacre to date.]  I hid in the bush for 14 days before they found me and took me back to the town by force. I stayed there for a week before the fighters told us they were going to move us to Chad. I decided to try to escape with some other women and my three children. We walked all night until we reached a town where the military was still in control. Finally, we reached Maiduguri.  It was in Maiduguri that the reality of the whole incident came to my mind, and I realized that I did not know the whereabouts of my husband and four other children. But God being so gracious, my husband and the children heard of us in Maiduguri and located us.  We really are grateful to God for his care and providence and for protecting us.

Powerful forces are trying to destroy Christianity in Nigeria. Please stand with us as we continue to stand with Nigeria’s Christians! A gift of $142 can provide a family of seven in northern Nigeria with mosquito nets, mattresses, soap and food for a month!