On September 26 and 27, 400 people were freed from slavery in Sudan through CSI’s underground slave liberation network, and returned to their homeland in South Sudan. The enslaved people were either abducted during Sudan’s Islamist regime’s genocide against South Sudan from 1983-2005, or born into slavery. Thanks to CSI’s donors, they are all free!

Michael Yom Malit was rescued from slavery in North Sudan through CSI’s underground slave liberation network in 2008.  In February 2014, we visited him at the church where he serves as a catechist, and he told us his story: I was a slave in Da’en, in Darfur, for many, many years.  My wife and our… Read more » 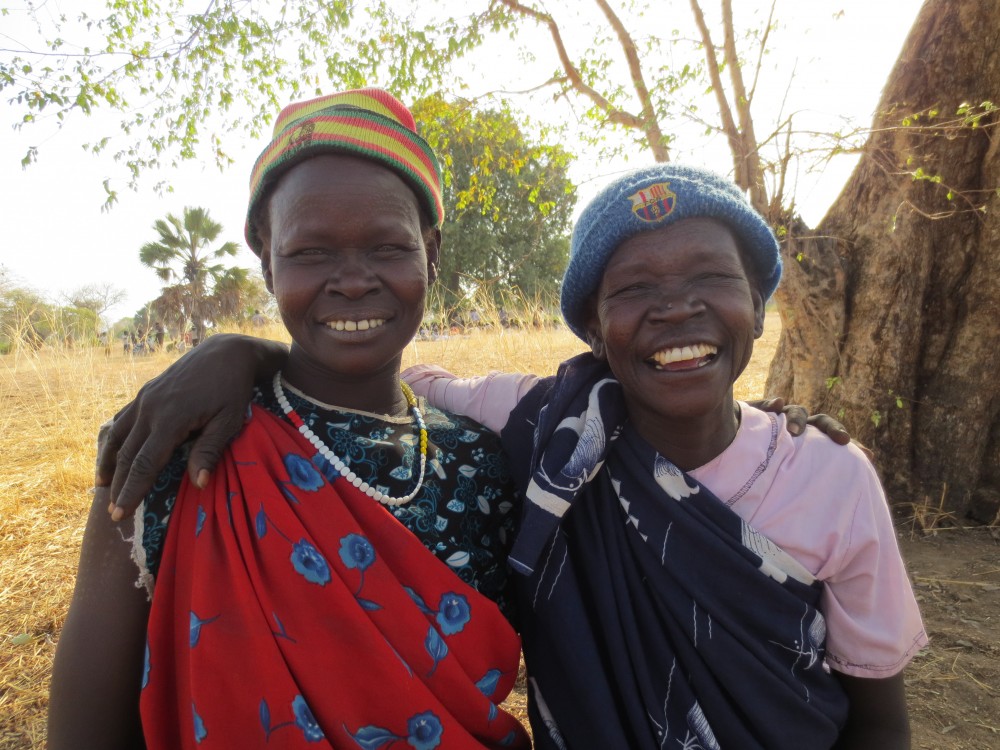 Despite the tragic fighting affecting large areas of South Sudan, in North Bahr el-Ghazal state, where CSI operates, there is peace, and CSI is continuing to free people from slavery in North Sudan and bring them home. 700 people have been freed so far in 2014! Abuk and Angom, sisters, were separated for fifteen years… Read more »

Dr. John Eibner, CEO, Christian Solidarity International (CSI-USA): Violent political power struggles are currently creating humanitarian disasters throughout the north of sub-Saharan Africa from Nigeria and  Mali in the west, through Central African Republic to Sudan and Somalia in the East. The sudden eruption of a headline-grabbing armed rebellion in South Sudan just before Christmas… Read more »

Dear Friends, As you read this, my team and I are in South Sudan meeting with a group of people who have been rescued from slavery by CSI’s underground network. Learn More about our slave redemption program here These people are returning home with nothing but the clothes on their back.  Many of them have illnesses and severe wounds from… Read more »

Deep in the southern Sudan, my wife and I found ourselves interviewing recently liberated women-slaves who showed us how their limbs had been maimed by their masters’ machetes, who described how their genitals had been mutilated, and how their masters had taught their own children to be contemptuous of them because they (the mothers) were… Read more »

Over time, [Sudan’s] Muslim northerners became increasingly vicious toward their southern co-nationals, culminating in the 1980-90s with massacres, chattel slavery and genocide. Given Africa’s many tragedies, such problems might not have made an impression on compassion-weary Westerners except for an extraordinary effort led by two modern-day American abolitionists. Starting in the mid-1990s, John Eibner of… Read more »

The Time to Act is Now or Never Raymond Ibrahim December 21, 2011 Be sure to sign CSI’s petition urging President Obama to present during his forthcoming State of the Union Address his “administration’s policy to prevent the eradication of the endangered Christian communities and other religious minorities of the Islamic Middle East.” When the major media… Read more »